Who We Are / Partners

Roop is a researcher, facilitator and a coach. He is a trained process worker, an accredited OD consultant and coach. He is a EUM practitioner and a Fellow of Sumedhas where he has been facilitating personal growth labs with youth and adults and also for process work interns.

Roop has had a 20 year working experience in the development sector focussing on issues of migration, youth and violence. After having worked in the grassroots with communities affected by human trafficking, he worked in an international non-profit organisation called Groupe Developpement as the Regional Director for South Asia, managing bilateral projects between India, Bangladesh and Nepal that addressed human trafficking, protection of children and sexual exploitation of children and youth.

In 2012, he co-founded a non-profit called Sanjogwhich works on policy, legislation and practice of access to justice programmes for survivors of human trafficking for forced labour and sexual exploitation. He has led qualitative researches, impact assessments and social audits and mentors start-ups in the sector to promote leadership amongst human rights activists and collectives of survivors of sexual violence.

Currently, he is writing a book for Sage Publications on Sexuality, Gender, Power and Violence in the workplace. 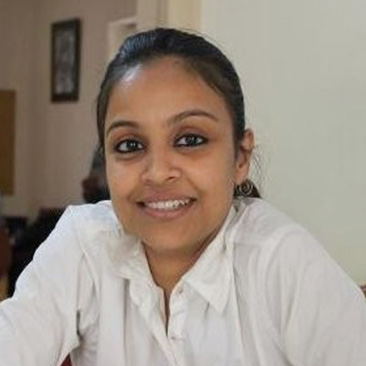 Uma is a psychologist, researcher and trainer and has been working passionately with young girls and women helping them deal with their trauma resulting from experiences of violence, abuse, exploitation, discrimination and neglect.

IJma is a trained psychologist and is an expert in developing psychosocial programmes for survivors of violence and exploitation. She has worked with several national and international organisations as well grassroot organisations building resources for psychological healing of survivors, helping build resilience. She has been instrumental in developing training modules and aids and capacitating frontline social workers and caregivers building empathy towards children and young women that they work with, understanding their roles, the limitations thereof and skills of effective communication and managing stress.

As researcher, uma has been part of several psychological and psychosocial researches with survivors of trafficking, sexual exploitation, of violence and with street children.

Currently, she is a partner of the firm and also Executive Director of Sanjog, a technical resource organisation that works with survivors of trafficking to set up micro-businesses, training programmes on building resilience and a legal programme for seeking justice.